Social Emotional Learning (SEL) is integral to a child’s internal well-being and includes skills like the ability to cope with stress in a healthy way and developing positive self‐esteem. SEL also teaches children conflict resolution, how to have positive interpersonal relationships and self‐control – all skills that are necessary for children to thrive in childhood and throughout the course of their lives.

Research has consistently shown that these skills are learned. Illinois has adopted and implemented state‐wide social emotional learning standards in schools, however, children do not always learn these skills at home and there is a lack of continuity between the social emotional learning that occurs at school and outside of school. Research has also proven that children are much more likely to achieve academic and non‐academic success when their parents are engaged in their education. Most SEL programs and curricula are currently delivered either directly to children at schools and in some after school and summer programs.

Through our Focus Panel Process Bright Promises determined that there is a lack of and a need for programming that provides parents with the skills to intentionally model and teach SEL skills to their children. The SEL@Home initiative was launched in 2016 to fill this gap and address this urgent, unmet need of Metropolitan Chicago children and families. We believe that if parents and caregivers are equipped to promote these positive life skills at home, children will be exponentially more likely to lead happy, successful and fulfilling lives.

Since this partnership began in 2017, Enlace has gone above and beyond infusing SEL into existing parent engagement programs and has successfully developed a full‐fledged, multi‐pronged SEL strategy that includes a video series and print materials in English and in Spanish, training modules, an SEL Coordinator.The focus for the fourth year of this partnership will be on more deeply engaging parent leaders. This year, Enlace's SEL Coordinator will train 10 parents at 8 schools during four 3‐hour sessions to lead parent support groups at their perspective schools. Each session will be tailored to the specific needs of each school.

Gads Hill Center’s (GHC) focus is on home visiting programs associated with its early childhood programs. GHC receives federal funding that covers the cost of high quality SEL curricula for children in the Head Start and Early Head Start programs, however, parents that qualify for home visiting do not receive the same services. Bright Promises Foundation began our partnership with GHCin 2017 to support training for home visitors in the SEL program used at its centers families.

In the first two years, about 50 families benefited annually from the SEL‐enhanced home visiting. GHC is opening a brand new childcare center in Brighton Park, which was identified as the community in greatest need of childcare slots in all of Illinois by the Illinois Facility Fund. This new site will also allow GHC to reach approximately 30 more home visiting clients raising the annual number of families served to 80 as well as offer childcare slots to 240 children on site. In addition, families who receive home visiting services are also now included in parent support groups along with Head Start and Early Head Start families.

In collaboration with Illinois Afterschool Network, Illinois Children’s Mental Health Partnership (ICMHP) partnered with 7 elementary schools to develop and pilot an SEL‐based parent engagement program. The framework was designed by ICMHP mental health consultants and has been piloted at all seven sites. In year three, the focus will be on collecting evaluation data from the seven pilot sites to improve the program and create final materials. Data would be collected by distributing surveys to the after‐school sites for staff at the sites and parents as well as quarterly meanings with staff from all seven sites. Final deliverables will include an instruction manual for program implementation at after school sites and a pocket‐sized guide with 25 SEL‐based activities for parents in both English and Spanish for distribution to parents. The materials and resources will also be shared at the National After School Association Convention in Washington, D.C. in March 2020. .

RefugeeOne’s in‐house Wellness Program Team of social workers developed a two‐tier curriculum emphasizing 5 core competencies of SEL development: self‐management, responsible decision‐making, relationship skills, social awareness and self‐awareness. The program is unique in that it can be applied to people from many different nationalities and be easily tailored to be culturally sensitive.

RefugeeOne’s has exceeded expectations, and the organization has identified that is has truly gone through a culture shift due to this project. Whereas all programming was either adult‐focused (learning English, work skills, navigating different bureaucratic systems, etc.) or youth‐focused (counseling or after school programs), there is now intentional family‐focused programming across the board. Besides the implementation of specific dual‐generation programs, there are many more intentional intersections between youth programs and adult wellness programs thanks to this partnership.

In the first two years, YOU held SEL‐based parent engagement at all 10 partner elementary and middle schools in Evanston where YOU has after school programs. There was a clear need for specialized, culturally and language specific programs of immigrant parent and refugee parents, many of whom have experienced additional stressors due to current federal policies. YOU also added SEL parent sessions in Spanish with additional supports that would encourage more participation by immigrant families such as childcare provision. YOU has also created new lessons based on topics parents have requested such as navigating the bureaucracy of the school system, self‐care and acculturation to Evanston/American life. Additionally, the program has been expanded into Skokie Districts 68 and 69. In year three, YOU is asking for funds to help support the expanded program. YOU is planning on adding in activities for parents and their children to do together to practice SEL skills and bonding such as cooking classes. YOU is also hoping to create training videos for staff around SEL parent engagement.

In addition to these organizations, Bright Promises is proud to continue our ongoing partnerships with Changing Children's Worlds Foundation, Illinois Action for Children, Primo Center, and Tuesday's Child.

CCAC works with children who have been victims of sexual abuse and their families. Therapeutic services are provided to children at their Family Hope Center in the Illinois Medical District (children from all over Chicagoland go there.) One of its two primary treatment modalities is the ARC Framework (Attachment, Regulation and Competency); SEL is central to the ARC Model. Parents/caregivers are only involved peripherally in therapy and only in terms of their child’s healing from the trauma of abuse. Currently, parents do have supports available to them and to family healing. CCAC would like to formally incorporate SEL into its existing mental health programs. CCAC would hold parent focus groups to determine need, develop responsive programming; CCAC has licensed clinical program staff who have been wanting to do this for years and simply lacked the funding to start. A pilot phase would be conducted with a select group of parents. CCAC would take parent‐ identified needs into consideration in the development of a formal parent group centered around positive parenting and more broadly implement Family‐Centered Coaching, a new model used by family support specialists to provide a holistic and collaborative approach to working with families to identify needs and set goals. In the first two years, CCAC anticipates 65 parents to participate in an ongoing basis in both the focus panels and in participating once the program is developed.

Literature for All of Us

Literature for All of us (LFAO) runs literacy programs in various settings through a Book Circle model, an intimate, “safe space” for people with similar interests and or circumstances read together and then discuss what they have read and apply it to their own lives. Book topics reflect the specific participants and their needs. The books serve as conversation starters and tools to promote dialogue, mutual support and at times, healing. The specific proposal is in support of LFAO’s EPIC program (Empowering Parents, Inspiring Child), which uses a professionally created curricula that is tailored for pregnant and parenting teens. The program serves as a support for parents as well as the teaching of SEL skills and the importance of reading with children. The program will take place at 3 CPS high schools including Simpson Academy for Young Women, the only school specifically for teen moms, in the U of I Medical District.

Through this new partnership, programs would expand to Sullivan HS in Rogers Park and Albizu Campos HS in Humboldt Park. All of the participants are low‐income, 75 teen parents will participate altogether, and 85 infants and toddlers will benefit. In year two, LFAO will open another cohort (10‐ 12 teens) at Sullivan and is exploring options to expand to another site.

Logan Square Neighborhood Association (LSNA) is receiving support for its Parent Mentor Program (PMP), a program that places parents in the classrooms to assist teachers in often under‐funded and understaffed classrooms. Parent Mentors also learn other skills at weekly professional development sessions through its own SEL based TIP TOP program (Training on Instructional Practices for Tutors, Organizers and Parents) and share knowledge with other parents at their own schools and throughout the PMP network of 117 schools throughout the state.

Bright Promises is partnering with LSNA  to add a restorative justice component to the TIP TOP professional development program. The enhanced restorative justice curriculum would be used in the weekly Tip Top meetings with PM Coordinators at each of LSNA’s 12 local partner schools. These parents would then train approximately 100 other parent mentors at their corresponding schools. These parents would therefore have restorative justice skills to use in their daily home lives as well as in the classrooms. The program will be assessed and modified and then expanded to other PMP partners.

The model is very effective and LSNA already has an organized cadre of parents who are involved in their children’s education. TIP TOP is already infused with SEL concepts, but not restorative justice. As CPS is moving toward more mandated restorative justice models with little support or training of how to do so properly, parent mentors seem like a logical tool to assist with these new concepts. They will also have restorative justice principles in their SEL “toolboxes” for their own families.

Pictured: A LSNA Parent Mentor helps in a classroom at Goethe Elementary School in Logan Square

VOCEL runs an SEL parent program called the Child Parent Academy (CPA). CPA, a dual generation program occurs at partner schools, community centers and early childhood providers. CPA is a weekly 2 hour‐long program that lasts 10 months. In the first hour, parents participate in group activities with their children; VOCEL staff teaches and models SEL skills to parents through play. The second hour, childcare is provided and the parents have an adult session where they learn more in‐depth SEL parenting techniques. Cohorts are small (maximum of ten parents) and are currently occurring in 10 partner sites. VOCEL is seeking funds to expand the program to up to 22 sites by the end of year 2. VOCEL would intentionally seek communities where there is a lack of parent support programs like this throughout the city.

Pictured: Mothers and their children learn SEL skills through play as part of in Child Parent Academy at Piccolo Elementary School in West Garfield Park

For a list of current and past program partners, visit www.brightpromises.org/programs/partners 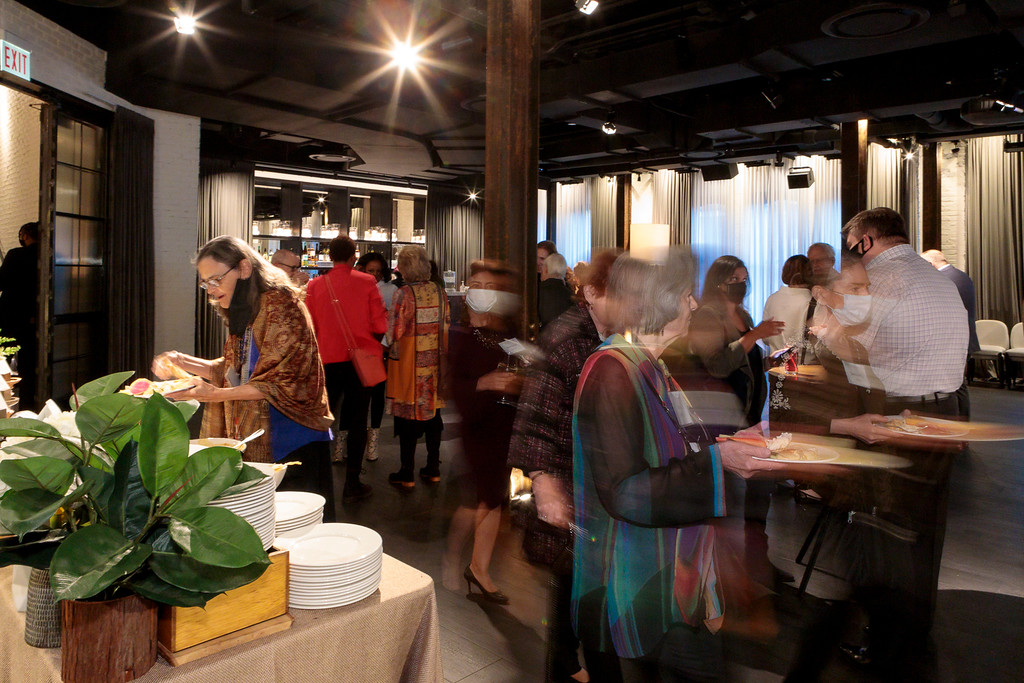 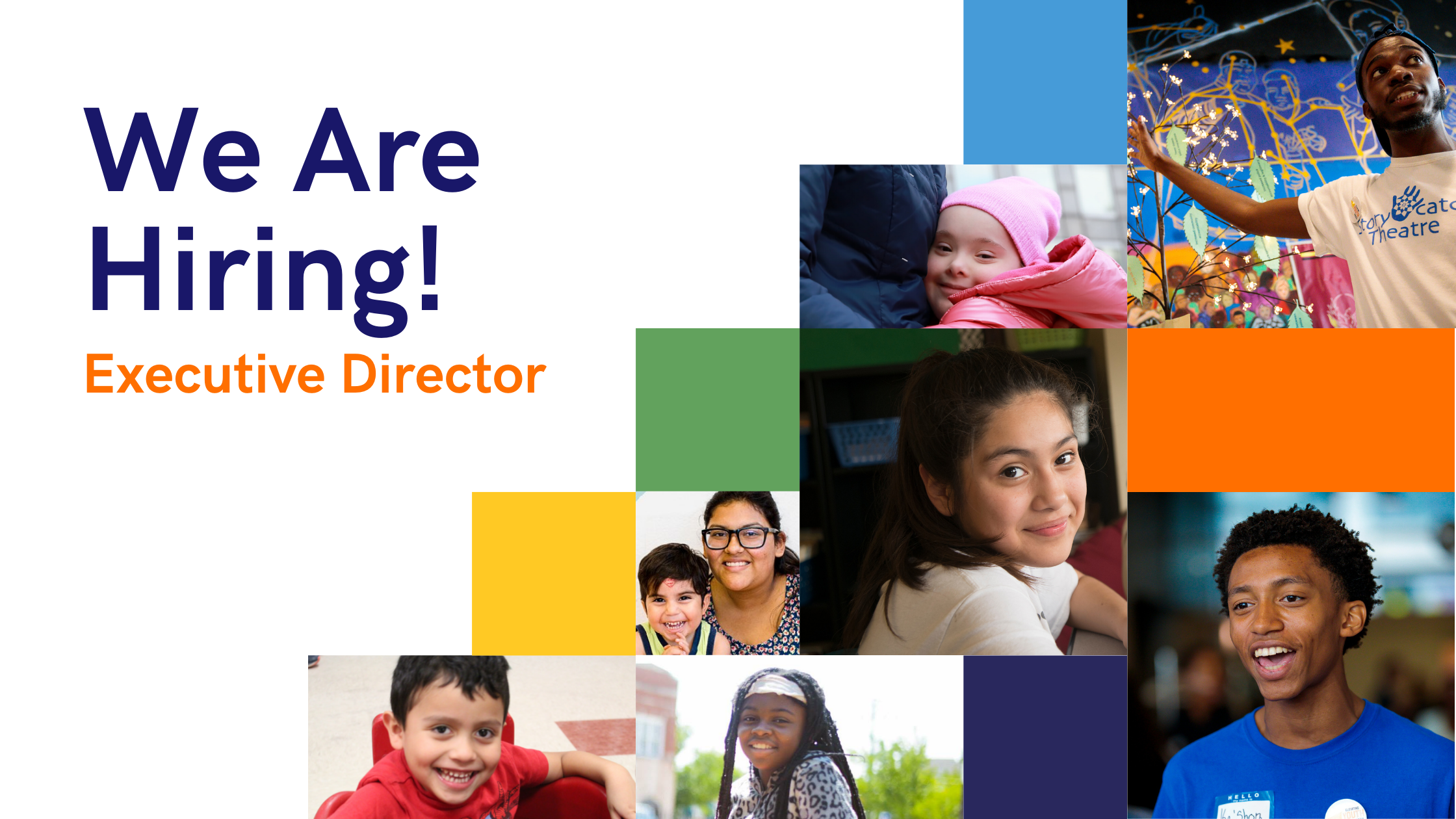 Come Work With Us 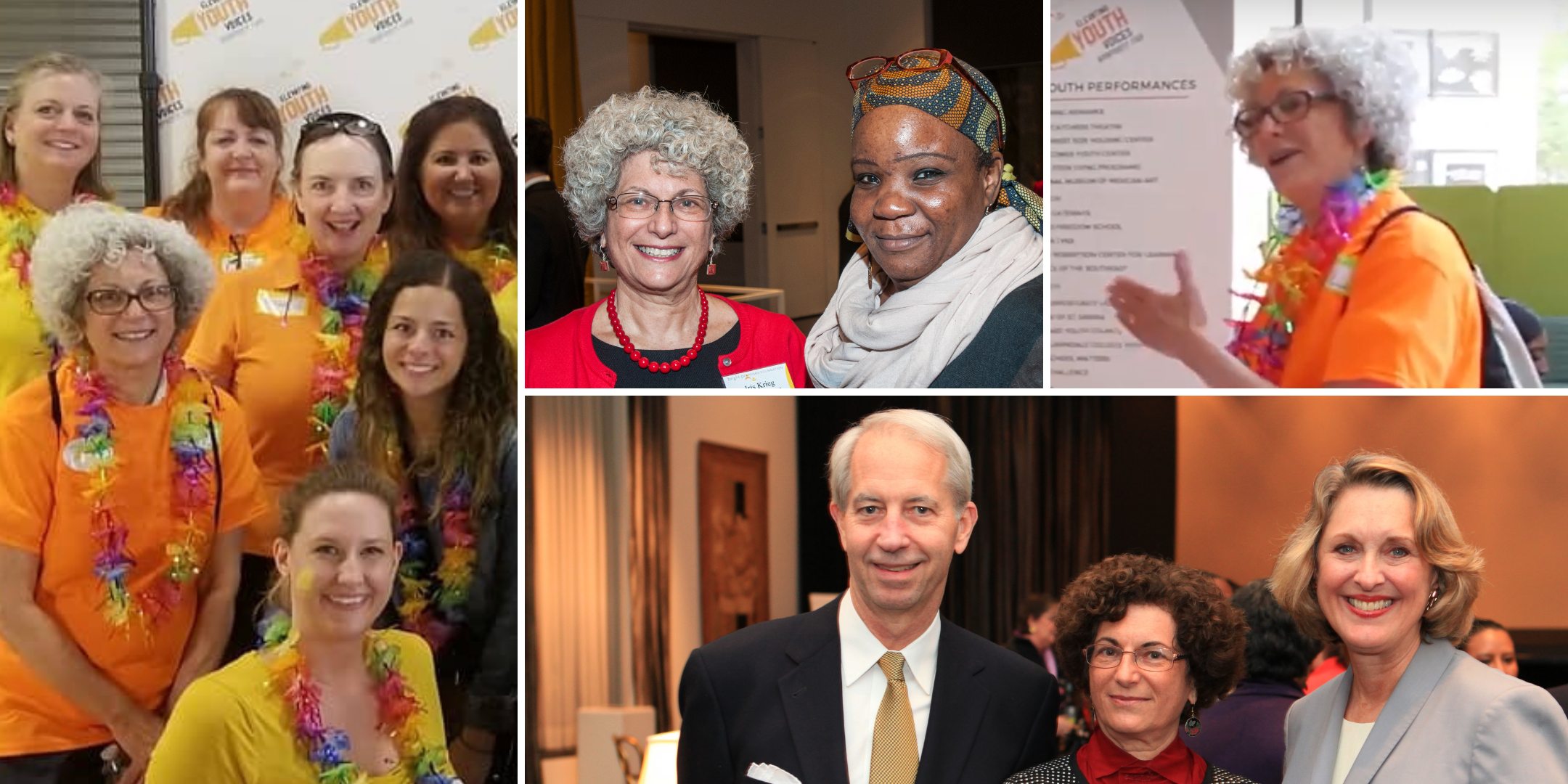